Personally I find ‘grunge’ to be dirty and a little too over the top to make a statement or to get attention. I thin that there are artists like Kurt Cobain that really knew how to make it his own, but at the same time really abused the image he was trying to portray. It is difficult with all the extravagant and ‘crazy’ art and wardrobe, make-up and everything else if he truly was happy with who he was or if he was trying to hide and change himself. Like Marry Russo who states, “that grotesque to her evokes the cave-grotto-esque, low, hidden, earthy, dark material, immanent visceral” (Vimeo video). Also, with the pictures in the video especially of Kurt Cobain I have to agree with Zeiner that grunge is dirty. From the pictures in the video and the extra research I did most of the pictures seem as though the people have not showered in days. I also watched the video The Birth of Nirvana and thought the same thing about the people that were grunge or displaying the style of grunge to be dirty.
Yes, definitely I do find similarities between the art of Cindy Sherman and Sue Williams for example they both have some sort of body part of naked body. Also they both illustrate bodies that are disproportionate and disfigure as well as images that are not very pretty and something that would be called ‘appropriate’ for the ‘norma’ audience. I feel that another similarity that these two artist have is the people that are drawn to the their art. I feel that not just anyone would like this specific art and therefore the audience that do have an open mind about this specific art. “At times, Sherman employs dolls parts or prosthetic body parts to substitute for her own and many a scene is strewn with vomit, mold and other vile substances. Sherman’s intent is to explore the disgusting, yet these are things that she admittedly can find beauty in” (Sherman). Both of these artist have different styles but they evoke some type away that is not done on a regular basis. “What Ms. Williams puts out is a tragicomic combination of brutal reality and unexpectedly loopy humor. Her crude cartoon style, which gives her images a sense of naivete, also reflects her desire to convince viewers that the situation of women is often “so horrible it’s ridiculous” (Williams).
Some aspects that I find to be relevant is how raw the images are. I really find that many artists do have a cookie cutter sense a style but now a days people are stepping out of the norm and really going above and beyond being extra creative and extra in every way.

Johanna Lucas
Professor Zeiner
HUM 370
07/20/2017
The Immigrant
Produced by John Jasper and Charles Chaplin, The Immigrant was released on June 17,1917 in the United States. The early American film was directed by Charles Chaplin and written by; Vincent Bryan, Maverick Terrell, and Charles Chaplin. The film stars Edna Purviance as an immigrant, Chaplin as an immigrant, Eric Campbell as the head waiter, and Henry Bergman as the artist. Although, this particular film did not get recognize worldwide it received the National Film Preservation Board award in 1998. Sternheimer recognizes, “The war served as an opportunity for new immigrants to become Americans and imbibe in the flowing patriotism that the movies helped supply” ( Sternheimer 37). During the early 20th century World War 1 was coming to an end Chaplin’s combination of comedy/humor, real social, and cultural issues allowed for the silent black and white film to be enduring and meaningful for the reason that; it illustrated the hardship of a new American and the journey to be integrated into a new culture. During the time that the film was released there was a great deal of people trying to come into the United States through New York to reach the ‘American Dream’. Sternheimer states, “The proliferation of movies during the first decades of the twentieth century bore a special bond with the American Dream of upward mobility” (Sternheimer 33). Admitting the film has various hilarious scenes the same humorous scenes were impersonating real issues that immigrants faced when entering America. Chaplin and Edna who portrayed to be immigrants endured challenges while having to adjust to a new culture and essentially a new life. Said states, “For most people, then, the cultural challenge in an encounter with the Other lies in the ability to misunderstand, to face down the danger of fragmentation or division, and to reinforce the coherence of the constructed self” (Said 67). Chaplin used the theme of humor as a message to the society and culture back in the 20th century as well as make it relatable to our current mainstream culture. A very famous social element in the film is the, “ironic scene between the Statue of Liberty and the passengers being herded like cattle. A little later, the Tramp kicks an immigrant officer” (The Famous People).
Furthermore, Chaplin’s way of producing his personal experiences immigrating to the United States made to be humorous as oppose to the fearsome aspects of coming to a new land and have to experience a new culture, and way of living. In Celebrity Culture it states, “Silent films also erased one of the most salient indicators of regions, ethnicity, and immigration status: the accent” (Sternheimer 37). Chaplin as the immigrant portrays of having gone through a joyous time through humor while immigrating to America to reach the American Dream when in reality it was a time of hardship and solitude. 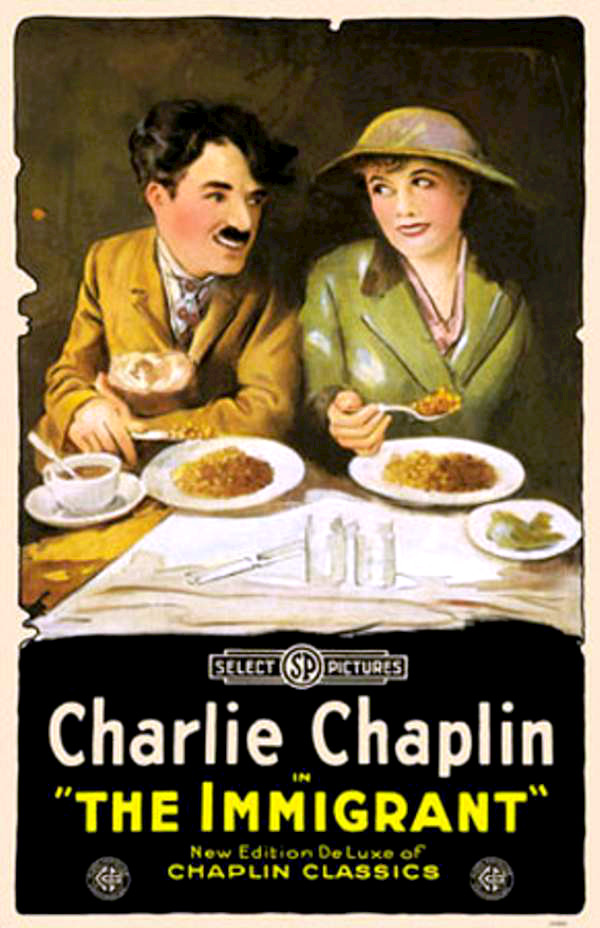 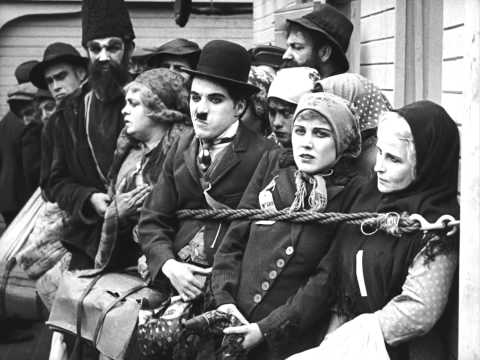