“A story of Industry, of individual enterprise – humanity crusading in the pursuit of happiness” (Modern Times, 1:37) Charlie Chaplin is impersonating a factory employee and the struggles of the working class during the Great Depression.

Charlie Chaplin’s movie, “Modern Times” was release in 1936 during the times of the depression. It was based on the working class at the time, hence “modern” times. At the time, Charlie was a very popular movie maker and has not release a film in five years.

While people were going through tough times, a good percent of people were still able to go to the movies once a week, “65 percent of the American public went to the movies at least once a week in 1930.” (Celebrity Culture and the American Dream, 111-112). Upon arriving to Los Angeles from Japan in June 10, 1932, Chaplin announced an economic plan to stimulate the economy. 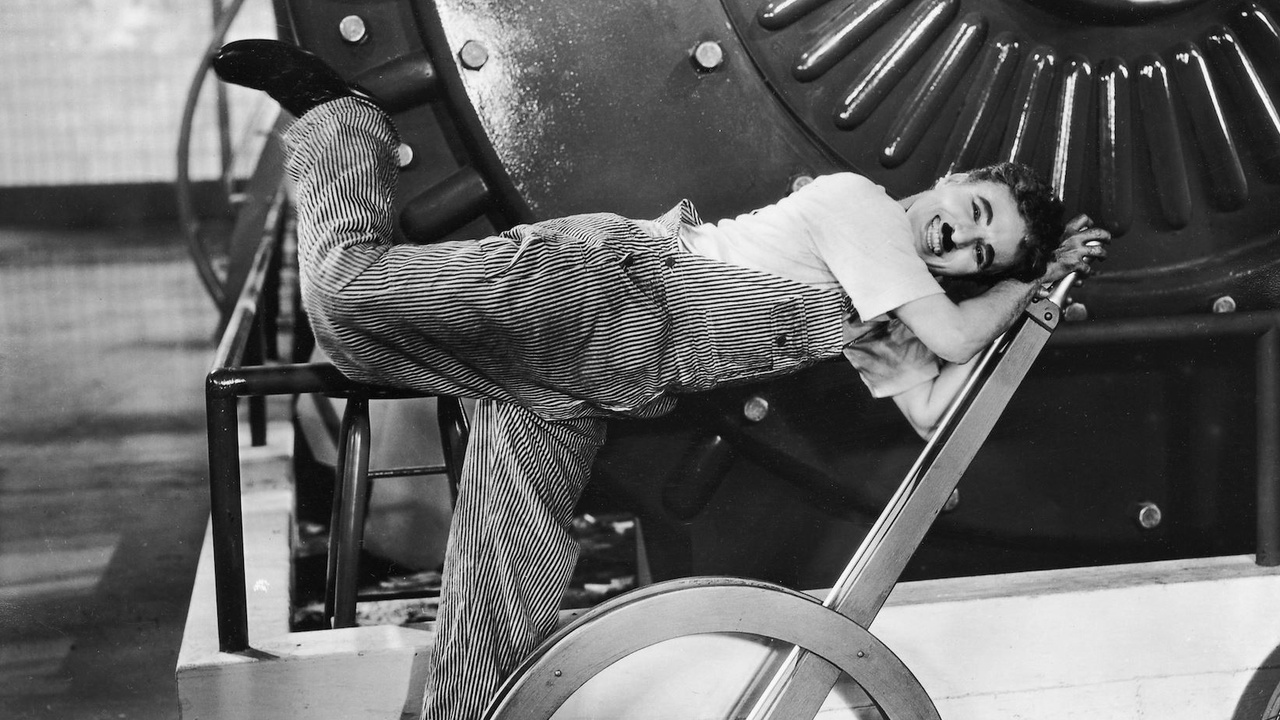 Moviegoers were ecstatic that Charlie has returned. Carlie has built a famous character portrayed by himself called The Tramp. He is described to be a silent character with innocent boyish mentality, good-hearted, and very clumsy. The movie shows what the situation would be like for the Tramp to be in a position of a common worker at the time. The Great Depression was a time of economic decline and heavily affect workers related to the heavy industry, which was most workers in America at the time, “Many people lost their homes, banks failed…” (Celebrity Culture and the American Dream, 111-112) This cause a lot of layoffs and people with no jobs. The great depression challenges the idea that having the drive and to work hard yield successful results. Three quarters of the population in American were living in poverty. The movie depicted that there was a lot of crime occurring even with people who had jobs. People were committing crime because of the lack of food; People were hungry. Landing a job at the time was very difficult and competitive. Working meant food at the table for families; working meant survival. Homeless people must walk the street barefoot.

The film states how being a common American in the working class was perilous during the time of the Great Depression. It caused a hasty rise in the crime rate. Malnutrition was common. Unemployed workers had no choice but the turn to petty theft to bring food to the table,” We aren’t burglars – we’re hungry” (Modern Times, 52:55). It was no place for luxury and every action people took was meant for survival. Suicide rates were also high due to the situation. American culture at the time was focused on survival and to make a living. In the movie, it showed numerous events of workers going on strikes, fighting to get the new job for the position that opened. The movie emphasizes that harsh realities a common worker must deal with and face to have support their lives and their families.

The movie represented the tough life of an American worker during the Great depression. Charlie Chaplin claimed that the movie was never a political one and just wanted to make a movie that people can relate to and to laugh about. “Maybe I’m wrong to be funny, but all I was thinking of and trying to bring about was something that would induce people to laugh. I have my serious moments, but the movie was only trying to amuse. I want people to laugh at me, not to think big thoughts” (Chicago Tribune)