I chose to talk about Bob Dylan’s Blowin’ in the Wind because it is showing how war can change a person especially by getting drafted which was going on during the time this song was being composed. Being drafted into the military to go fight in a war was and still is a very scary experience especially because you have to very mentally tough to be able to handle all the stuff that you will be ordered to do and the things you will have see in order to stay alive. Many people at this time protested against, not only the draft but also the involvement in Vietnam. In the song Bob Dylan says “How many deaths will it take ‘til he knows; That too many people have died?” (Dylan Verse 3) This is a very powerful question because many Americans were dying in Vietnam for a cause that was not their own. The seemingly endless slaughter of the innocent nationals and Americans with the use of Napalm was ridiculous. The asking of this question made people rethink the purpose of why we even got into that war in the first place.

My examples of cultural appropriation shows a difference depiction of how Mexicans were portrayed in Warner Bros. cartoon Loony Tunes with the characters on the segment of Speedy Gonzales. Speedy Gonzales and the rest of the mice are made to be these alcoholic Mexicans, that were poor and lived off of people like mice usually do, but for this to be on a kids cartoon set the foundation for kids growing up watching this cartoon with the stereotype that all Mexicans are like this, when in fact the Mexican people are hard workers who work long hours in harsh environments in order to help provide for their family. In Deborah Roots “Cannibal Culture” she states that “ Consumers may imagine that the representation they encounter is all there is to the cultural tradition in question and reject other versions as inauthentic”. (Root 74) With the kids being the consumer by watching the Speedy Gonzales segment of Loony Tunes they automatically start thinking that all Mexicans are alcoholics and are lazy, feeding into a society that may very well never learn that Mexicans are a very hard working people, doing all the intense labor that not many people want to do.

My relation to this cultural appropriation is the fact that both my parents and many of my uncles and aunts were part very hard workers, working in the fields and following the harvests to very different parts of United States and the fact that this cartoon actually portrays Mexicans as drunks and lazy really got me thinking of how society really thinks about the Hispanic community today. Like could this be the reason many people see Mexicans as drunks and lazy? Is the society that thinks this, did they grow up watching these types of shows? I was one of the many kids that would watch these types of cartoons, and growing up, a seed from these cartoons definitely grew inside me but with the help of my parents, I was able to get over these stereotypes.

In the film The Cabinet of Dr. Caligari, directed by Robert Wiene and written by Carl Mayer and  Hans Janowitz, showed how people with disabilities were treated back in the early 20th century which went alongside with how culture dealt with people with disabilities. In the early 20th Century, the theory of social Darwinism was huge factor in society because it gave justice to why the poor were poor, but can also be given light to the shameful treatment of people with disabilities. The character Cesare, played by Conrad Veidt, was a disturbed individual who was suffering from a strong case of narcolepsy and then was taken advantage of by Dr. Caligari, played by W\erner Krauss.

With Cesare being admitted into an institution, Dr. Caligari had free reign to do as he pleased to him. In one piece of the movie, as the “heroes” of the story stumbled upon the Dr.’s diary and logs, they read the history of Cesare and the Dr. as it unfolded itself with in the pages, telling them how the Dr. can manipulate a somnambulist to bend to his will while in their sleep doing things that were either morally or immorally correct to the somnambulist. This point goes along with a passage in the “Celebrity Culture and the American Dream” by Karen Sternheimer stating “Nineteenth-century beliefs that poverty resulted from immorality were bolstered by the popularity of social Darwinism, which saw the poor as weak links in the survival chain”. (Sternheimer pg 30) With this type of thinking it empowered the Dr. to think he is above a person with a disability and has the authority to be able to manipulate another human being to be

nd to his will. Another sign of this social Darwinism can be seen in a blog post named “Hack #5” by Hilary Hansen stating “In this clip from Forrest Gump where Jenny takes him [Forrest] to [a] Black Panther [meeting]… he is treated poorly by the members [Black Panther] he is patted down and they think he is there to cause problems”. (Hansen) This is another way how social Darwinism is taken into effect by the beliefs a group of people, the citizens of the city where the circus is being shown at, to the reality of the state of how Cesare really is. By the end of the movie the citizens finally realize that Cesare is not a bad person but still push him to the side and are afraid of him stating not to let him tell them their future because they fear that it really does come true, instead of trying to get to know him and seeing what he is about. Social Darwinism is in full effect at this point because of their norms in their society and Cesare does not live up to their norms.

In the end, the cultural theme of The Cabinet of Dr. Caligari directed by Robert Wiene and written by Carl Mayer and Hans Janowitz was centered around how society’s Social Darwinism interaction with people with disabilities. The blatant abuse of Dr. Caligari power over Cesare while being asleep and unaware of the actions he was doing. With the Dr.’s perception of being more superior to his patient, it allowed him to take full control of Cesare making Caligari a blameless offender for some time until he was figured out.

This film is themed as a psychological horror film and is portrayed very nicely by having a very suspenseful middle in the way that you start to see the murders unfold in a way that you were thinking in one way but actually happening in another. The actual unveiling of the true criminal seemed to be a bit offset in the way that you think that Cesare is acting on his own but is actually acting as a puppet. The public response to this film was widely commemorated. It was shown all around the world and a lot of the material is still used today in order to throw off the audience. It was nominated in 2002 for Rondo Hatton Classic Horror Awards but sadly did not win. 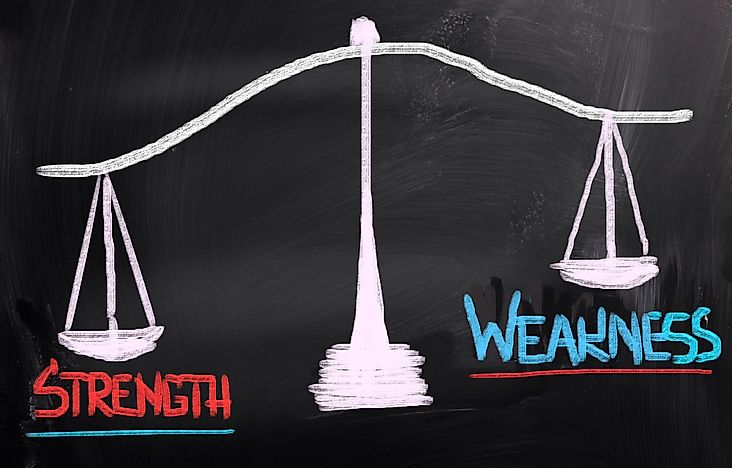 In the movie Clueless, over sexualization of women is portrayed to the max by the “popular” kids in high school. In the beginning credits, all the characters of the movie are seen swimming in pools or taking pictures by a fountain. Further into the movie the main character Cher, played by Alicia Silverstone, takes in the new girl Tai, played by Brittany Murphy, and does a complete makeover of her outer image. Upon first meeting Tai, she is dressed very conservatively, by not showing much skin, but by the time Cher gets done with her makeover she is dressed in a short dress showing more skin than when she was first introduced and this goes on throughout the movie. Going towards more to Cher, she tries to get the attention of a new male student named Christian Slater, played by Justin Walker, by progressively showing more skin and drawing more of his attention to herself in a sexual way. By doing these types of actions the female bodies and characters are more sexualized than the men in the movie. In Linda Williams “ Film Bodies: Gender, Genre and Excess” she states “In contrast, melodramas are deemed excessive for their gender-and sex-linked pathos, for their naked displays of emotion; Ann Douglas once referred to the genre of romance fiction as ‘soft-core emotional porn for women’”. (Williams 2-3) In the movie, this can be seen all around, with Cher trying to get Tai together with Elton, played by Jeremy Sisto, or Cher trying to get with Christian. These types of acts are inserted by the director because many young women in high school can relate to the social pressures of having a boyfriend or losing their virginity which Cher was trying to do throughout the movie.

Up until the late 20th century, people who had disabilities or were born deformed were considered a curse on the families that these children were born into. More times than not, these children were put up for adoption, put out on streets as beggars, or enclosed in the house in order to hide them. These people with deformities or mental disabilities would get brought in by circuses as an attraction in order raise more revenue because they were different. They would be dressed up as clowns or put in cages for the sole purpose to be stared upon and viewed as not “normal”. The term “normal” is an obscure term based on how society views things or people in everyday life. These deformed or mentally disabled people were seen as the “Others” or people not up to the standards of “normal” society. In the reading “Encountering the Other” the author portrays all native americans as savages based on actions of a small percentage of native american tribes without giving any thought on how the rest of the tribes were. This holds true to the people who were deformed or had a mental disability within the circus. Generally these people were seen as if they would not be able to function in society because of these differences that the “normal” society understood.