From the videos (Nirvana- Live at Reading) and (Jurt Cobain and the Female Grotesque), I got a feeling that grunge is more of a dark and distorted sort of culture versus punk which I feel I less dark and negative. In my opinion, grunge is grotesque because its more or less ugly, distorted and dirty, not exactly a pleasant to see.

I feel that grotesque wouldn’t be grotesque without the element of being out of the norm. From the music video; Hole- Violet, the whole song not only sounded dark but the visuals created were also dark and had almost a vintage deathly feel to it. The scenes reminded me of something you would see in American Horror Story. Another element, I feel that makes up grotesque is the dark, deathly distorted ideas and ambiance. Like Cobain’s album artwork for ‘In Utero’, there are images of the female reproductive system and process of birth which is probably uncomfortable for most people to see. The grotesque genre is most definitely disturbing but also unique.

I can definitely see the similarities to grunge in Williams’ artwork. For example, in her piece ‘It’s A New Age’, there are distorted body parts, a girl (almost skeleton) holding her eye as if she is crying and depressing writing that gives the artwork an eerie feel to it. The writing also is presented in a way where some words are crossed out as if it was an impromptu sketch of someone expressing their sorry. ‘It’s A New Age’ is definitely not a stereotypical piece of art that is perfectly painted or written, it has a grotesque feel to it. 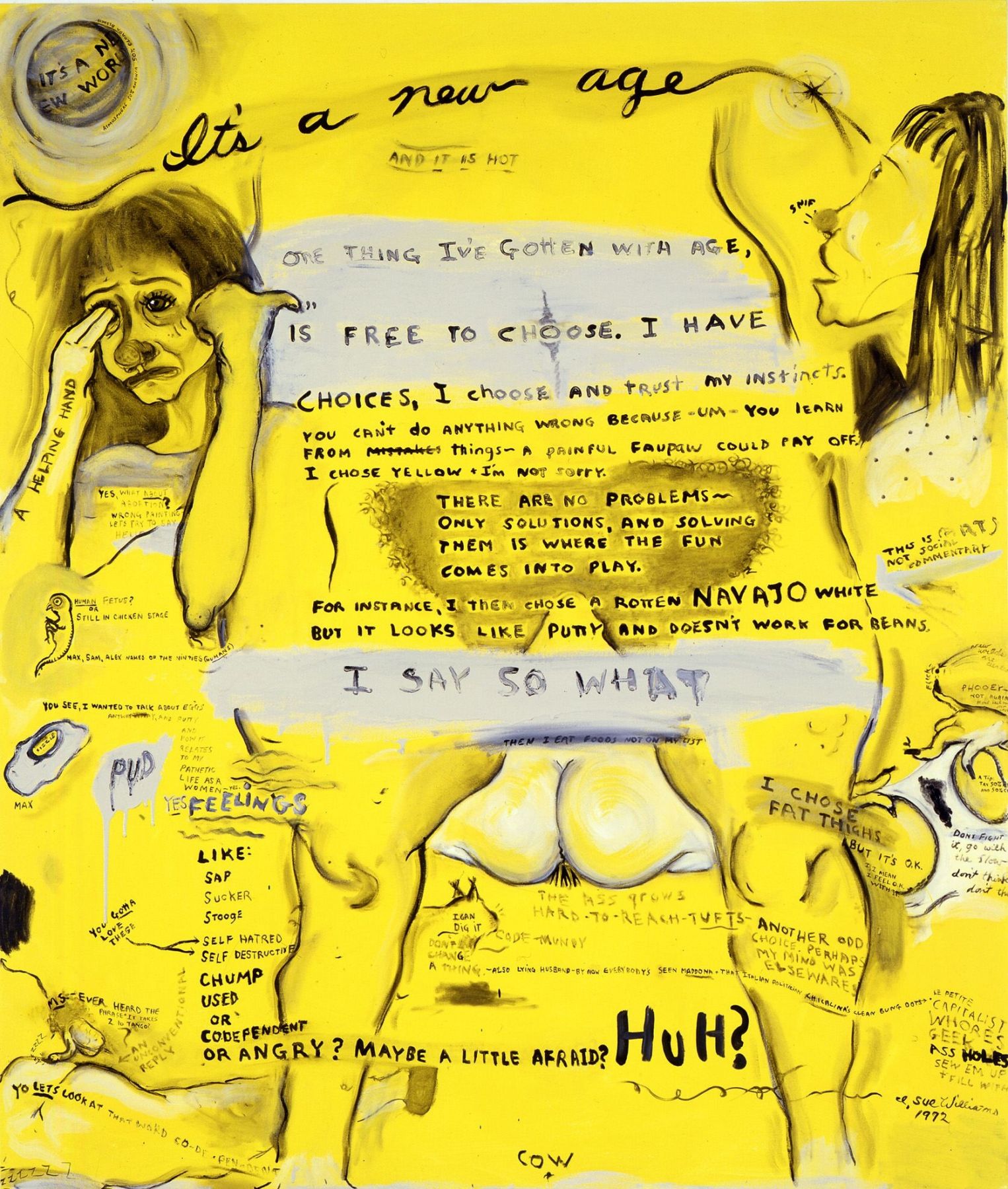 For this project, I selected the film ‘Nosferatu’ which was directed by Friedrich Wilhelm Murnau and produced by Enrico Diekmann. This German film was released on March 4, 1922 and was not released in the United States until June of 1929. Nosferatu was written and produced in German but was also released as a silent film that was accompanied by music from Hans Erdmann. Screenwriter Henrik Galeen had Max Schreck play Nosferatu and the supporting cast consisted of Gustav von Wangenheim, Greta Schröder, Alexander Granach, Ruth Landshoff, Wolfgang Heinz.

The film ‘Nosferatu’ resembles Dracula, a historical monster that has been shared throughout the centuries. This multicultural folklore portrays the blood thirsty monster who preys on the blood of humans. Nosferatu the ‘vampyre’, portrays the striking fear he casts on the helpless, wherever his presence. This film presents a version of a vampire, one of the many monsters of American culture that has embedded everlasting fear upon everything and everyone.

As a horror film based on Dracula, this film was popular and was positively accepted by the public’s thrill seekers. Nosferatu originally premiered in Germany but was eventually distributed to the United States and released on June 3, 1929. According to imdb.com, Nosferatu was nominated twice; once for the Saturn Award (Best DVD/Blu-Ray Special Edition Release 2014) and once for the Rondo Statuette Award (Restoration of the Year 2002) but received an award for its Motion Picture in 2010 from OFTA Film Hall of Fame.

Referring to Cohen’s first thesis of his monster theories, “Drive a stake through its heart: it will be stuck to the ground at the fork, it will haunt that place that leads to many other places, that point of indecision. Behead the corpse, so that, acephalic, it will not show itself as subject, only as pure body” (Cohen 4), Nosferatu is a cultural monster of historical folklore and is categorized into this first thesis. Based on Dracula, Nosferatu is a timeless monster that exists in different forms in all cultures. This movie is a depiction of a continuing folklore that is shared throughout history; he is the monster that drinks the blood of humans, sleeps by day and wakes by night, he sleeps in a coffin and will die by the rays of the sun or a wooden stake to the heart. According to Cohen’s theses, Nosferatu would be considered one of a cultural body.

Film and the media are masters of capturing and influencing the public. According to Yvette’s statement in her group’s history blog, “the media was a major contributor in the shaping of the American Public’s opinions” (Historygroup4). As a horror film with a blood thirty monster, Nosferatu engages the audience and keeps them on their toes. In addition to the thrilling story, sound effects and music played a role in creating the appropriate setting which emphasized the frightening monster. “Music is a huge motivator in changing attitudes because music is something that everybody can get into and spread” (Historygroup4). In the silent version of this film, music played a huge role in setting the stage for different scenes. This factor was a reason why “scary” scenes were so scary- the music was darker, deeper and it emphasized Nosferatu and made his character fearful.

The movie industry has created a countless number of monsters and put a Hollywood twist on ancient folklore. When hearing or reading about Dracula or Nosferatu, we automatically associate it with fear because of the way filmmakers portrayed them and from the way the film is constructed. Although he was based on the existing monster Dracula, Nosferatu is a historic monster that will forever instill fear in all.